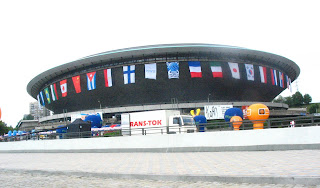 Yestrday the Polish team won over Bulgaria. Today, right now they are playing again. Hope they will win the second time! :)

Brazil did not lose one game in Pool A and one week early gets its ticket to the Katowice. Russia has reached the FIVB Final Six tournament from pool C losing just one match in Havana. Poland overtake Bulgaria in Pool D. Poland won all the pool D matches, Bulgaria lost just two times with Poland.

Final Six teams: host country - Poland, the winner of each pool, plus one wild card chosen by the FIVB."
(source) 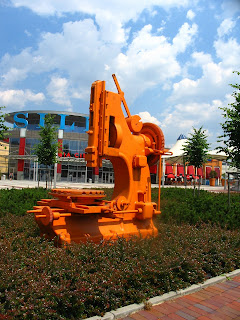 To complete the previous postings (here, here & here), today is the close up of another piece of "machinery turned into decoration" which adorns the lawn in the front of the Silesia City Centre. Don't ask me what it is... 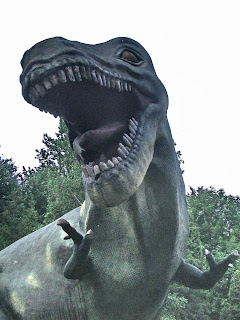 In the Chorzów zoo they have dinosaurs...
(made of concret ;) 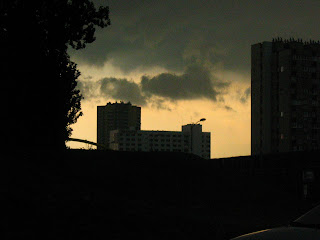 On Friday there was a terrible storm here. 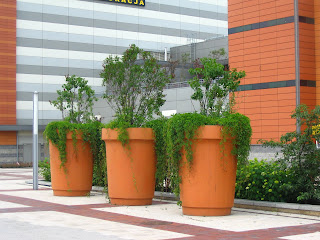 These gigantic pots act as decoration of the square in front of the Silesia Citly Centre. 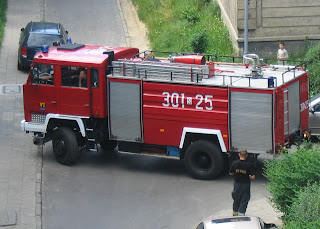 Evey little boy wants to be a firefighter (until he changes his mind, of course ;)
Fortunately, there was no fire when I took the photo, "the boys" had some other, less dangerous business to attend... 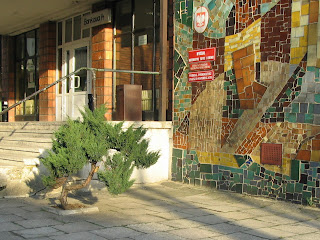 On the other hand: it looks like a gigantic bonsai ;) 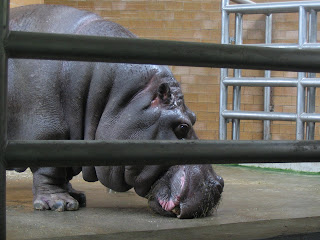 I've visited the Zoo today. Actually, the zoo park is in CHORZÓW, a town neighbouring Katowice. But, as I've written many times before, Silesia is a big urban agglomeration of many towns. Today: greetings from the hippo :)

At the bus stop 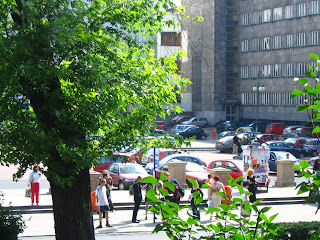 The people are waiting for a bus on this bright and sunny day. It's soooo hot in Katowice... 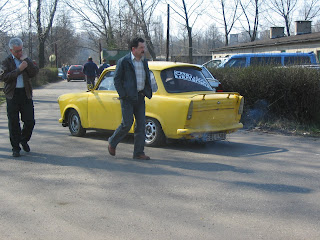 This photo was actually taken in Mysłowice (a town some 15 mininutes drive from Katowice), at the Car Market - one of the biggest in Silesia. You can sell your car there and buy a second-hand one.
This yellow tabant is one of the very few that can be seen on the Polish roads, a kind of "keepsake form the past", owned nowadays only by enthusiasts, who often form fan clubs.
Polish people used to give trabant many funny nicknames in the past: Trabi, Trampolina (which actully mens "springboard", but sounds funny whith reference to trabant ), Trampek (which actually means "sneaker" or "plimsoll shoe"), Mydelniczka (which means "travel soap box" - 'cause trabant's body was made of plastic)
or Honecker's Revenge :-) 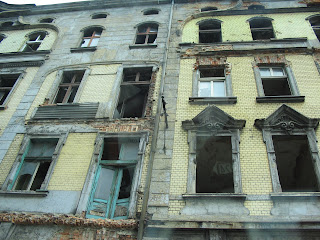 Will you believe that this dilapidating house is in the very centre of the town, close to the railway station? How sad... 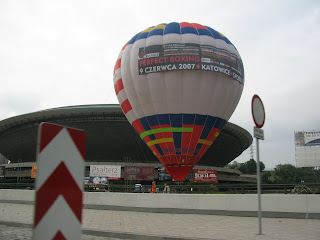 A ballon carrying an advertisement of the "Perfect Boxing" show that is to be held in Spodek on June 9, when Tomek Adamek will fight against Luis Andres Pineda. The trophy is the IBO Cruiserweight Championship, and I don't have to write that I'm keeping my fingers crossed for Adamek. Also, Andrzej Gołota will fight after a two years' break.


[edited after the event]
Both Gołota and Adamek won their fights!

The Septic's Companion: A British Slang Dictionary
A dictionary of British slang, written by a Scotsman living in America

Photos from my blog

Grab this Widget by Wowzio